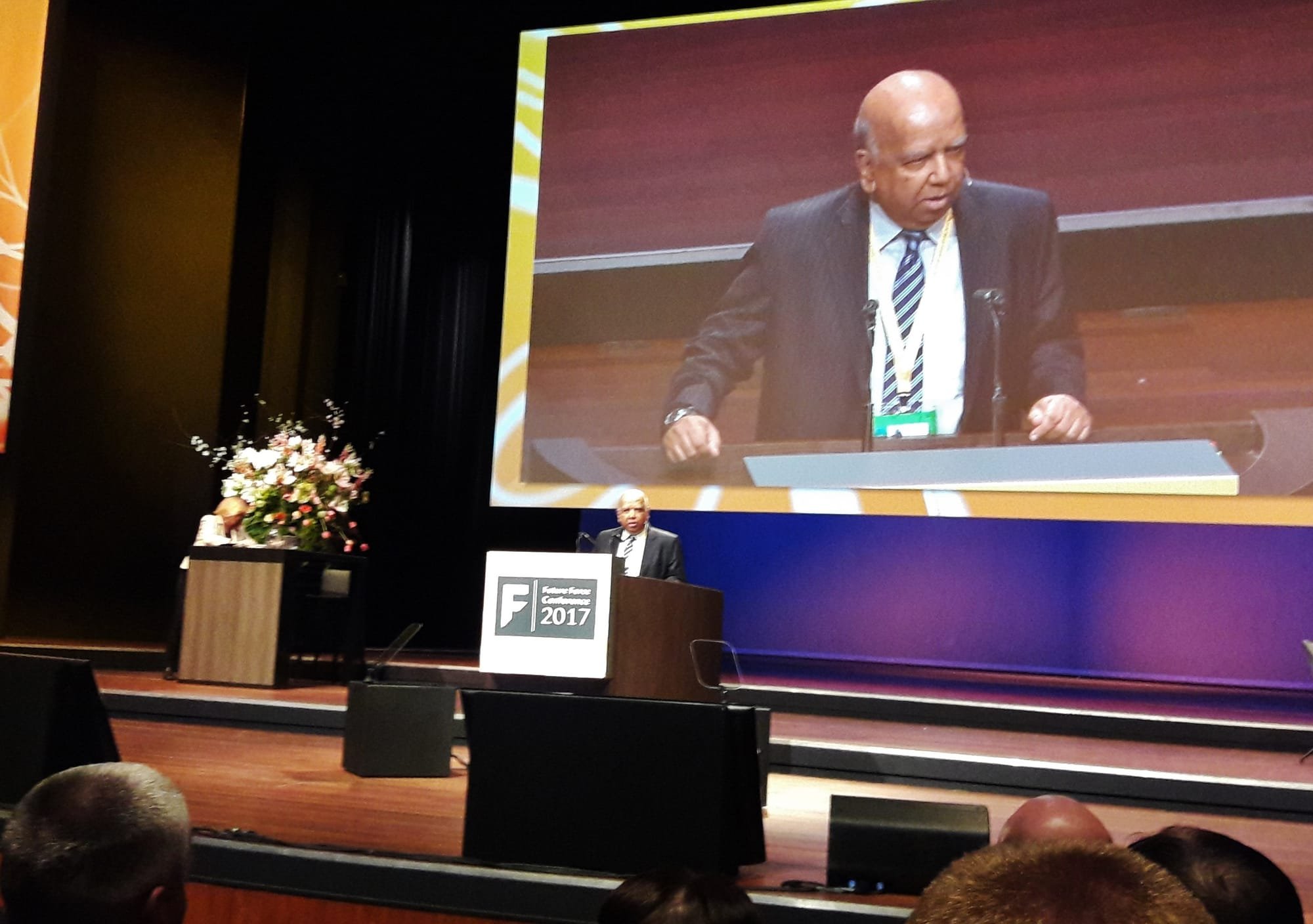 Major General Muniruzzaman (Ret.) of Bangladesh on 9-10 February highlighted the risks of a changing climate to global security and offered potential solutions to mitigate impacts that are already taking place. Speaking at the plenary and in a breakout session of the Future Force Conference in The Hague, the Netherlands, General Muniruzzaman emphasised the need to “climatise” military operations and equipment to meet changing mission conditions, while engaging with policy makers to peacefully meet with future mass migration, as vast areas of nation states are being lost to sea-level rise.

The Dutch Minister of Defence and the Dutch Chief of Defence hosted the Future Force Conference as a highly innovative international networking conference addressing the theme: From partnerships to ecosystems: combining our efforts for a more secure world.

In the conference breakout session “The Natural Resources & Security Nexus” panellists and audience members worked together through interactive voting to identify threats such as potential conflict over water and migration threats to stability. The group then discussed ways of working together to provide a more peaceful response to crises by global stakeholders including military units.

General Muniruzzaman especially captured breakout audience attention when he referred to the “water elite” as people with access to water in countries that are facing resource problems. The continuing dynamics of nuclear-armed powers in South Asia competing over and sharing the same water resources was another area of increasingly urgent focus.

At the closing plenary session, General Muniruzzaman made it resoundingly clear that climate impacts to security are 1) happening now 2) increasing in scope and severity and 3) an issue that requires global co-operation to reduce potential for conflict and widespread human suffering.

Preliminary impressions of the conference have been published on the Future Force website. Check there and on the GMACCC website for further reports in the coming weeks.