The Impact of Climate Change to 2030: Commissioned Research and Conference Reports 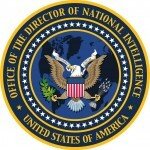 For each country/region we are adopting a three-phase approach.

The targeted time frame is to 2030, although various studies referenced in these reports have diverse time frames.

The reports available from this project appear on the NIC Publications page listed under Reports and Publications.