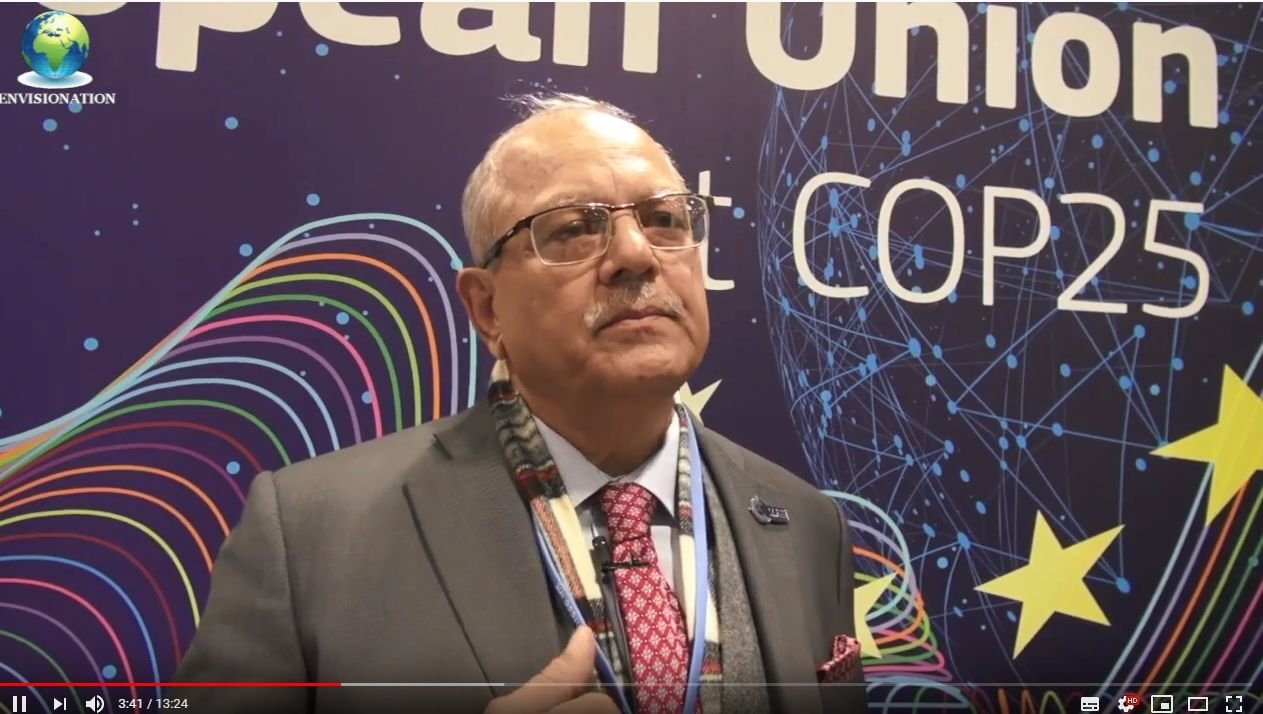 Speaking at a panel discussion with global security experts, co-hosted by the Institute for Environmental Global Security at COP25, Lieutenant General Tariq Waseem Ghazi (Ret.) highlighted the role of military forces, how that role could evolve positively and how climate change can also lead to conflict if resource scarcity is not managed properly.

The video interview was conducted by Nick Breeze in his article entitled UN climate talks: ‘in moral terms… it’s evil!’ on the Ecologist site on 16 December 2019.

Ghazi is quoted as seeing the growing constraints of a resource-strapped region where cross-border disputes move from the ideological to the climatically tangible, with the potential to escalate rapidly into something far more serious.

When asked what concerned him most about the future he replied: “I think my biggest concern, especially in the area in which I live, is water [...] It is the reduction in the flows of the river Indus, on which the people in my country depend”, he said.