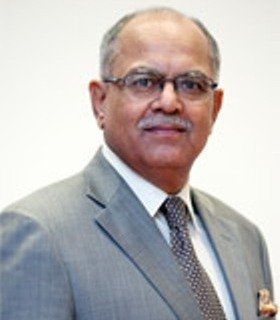 Lieutenant General Tariq Waseem Ghazi (Ret.) was born into a military family, and joined the Pakistan Army in 1967.

General Ghazi is the former Defence Secretary of Pakistan (2005 – 2007) and has a MS degree in War Studies from the University of Islamabad.

During a military career spanning 38 years, General Ghazi  served on key operational, command, policy formulation, crisis management and leadership training appointments. He has trained with the Australian and Canadian military, and has led a multi-national United Nations Peacekeeping Mission. He was Commandant of the two top officers’ training institutions: the Staff College, Quetta and the National Defence College, Islamabad.

Presently, he serves on the Board of Habib University Foundation and The Kidney Centre. A recipient of Sword of Honour, two international and fifteen service awards, he has been conferred Hilal-i-Imtiaz (Military) by the President for meritorious services.