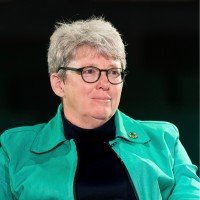 Cheryl Durrant currently serves as an Executive Member of the Australian Security Leaders Climate Group and a Councillor on the Australian Climate Council. She is also an Adjunct Associate Professor in the Faculty of Arts, Design and Architecture at the University of New South Wales, Australia.

Ms Durrant spent 30 years with the Australian Department of Defence, including 15 years as an Army Intelligence Officer.

In her final civilian position as Director of Preparedness and Mobilisation, Cheryl led climate scenario development for the Australian Interdepartmental Secretaries’ Group on Climate Risk. She was also the Defence partner with the Australian National Resilience Taskforce’s Disaster Vulnerability Profiling Project.

Cheryl led the Australian Department of Defence’s Global Change and Energy Sustainability Initiative from 2013-2016 and established the Office of the Defence Climate and Security Adviser in 2016.