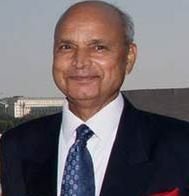 He received the prestigious National Honour, “The Mahatma Gandhi Service Award” for humanitarian services of exceptional order in 2005-06.

In the course of his praiseworthy career he has conducted several emergency humanitarian operations such as those during the Tsunami in 2005, unprecedented earthquake 2005 and has been a key participant in high profile environmental summits organized by EPA, UNEP, GLOBE, Brookings, Wilton Park, London, NAC, Washington, President Global Military Advisory Council on Climate Change (GMACCC) of IES and invited to deliver the keynote address at Denmark Parliament, Copenhagen for Global Legislators Forum and European Parliament on Security implications of Climate Change. In addition, Air Marshal Singh has a number of  published essays, a paper on “Green Army” and a book on Disaster Management , A book on ‘Ozone Protection and National Security’ A Military Perspective and contributed chapters  for  ‘Technology Transfer For The Ozone Layer’ Lessons for Climate Change.

During his service Air Marshal Singh  was honoured with four Presidential Awards.