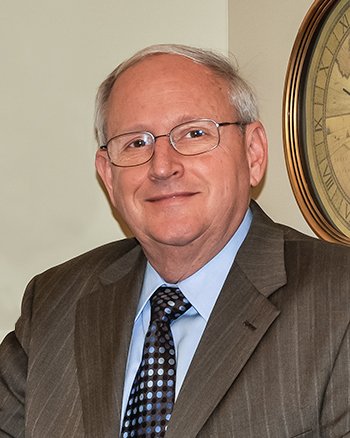 General King (1949) received his Ph.D. in Environmental Engineering in 1988 and currently serves as the Chief Academic Officer for the Unites States Army’s Command and General Staff College. The College has a 125-year tradition of educating military officers on national security and the art of war. Dr King directs a college faculty of over 400 people organised into five separate schools, all with the mission of developing army leaders for service to the nation. After numerous environmental engineering assignments with the U.S. Army domestically and in Europe,  he was deployed in 1991 as the Officer in Charge of the Southwest Asia Health Risk Assessment Team to determine health risks to US troops exposed to the smoke from the Kuwait oil fires and to support the restoration of Kuwait. For this he won the American Academy of Environmental Engineering Honor Award.

In 1994 Dr King was assigned to the Army Chief of Staff’s crisis action team for the Rwanda relief mission as the medical operations planner and assigned to the deploying headquarters for Operation Support Hope assisting in the humanitarian and relief work for the refugees in Rwanda and its neighbouring countries. In 1998, then Colonel King was appointed Professor and Head of the Department of Geography and Environmental Engineering at the United States Military Academy, West Point NY.  In 2005 he helped develop the new Afghanistan Military Army. As a specialist in hazardous waste management, he advises NATO on the clean-up of military hazardous wastes and the restoration of closed military facilities in East Europe. Dr King has authored numerous articles, reports and two books, the most recent being “Understanding International Security: A Strategic Military Perspective”.

Dr King retired in 2006 after 32 years of active service at the rank of Brigadier General, having received the Distinguished Service Medal as his highest military award.